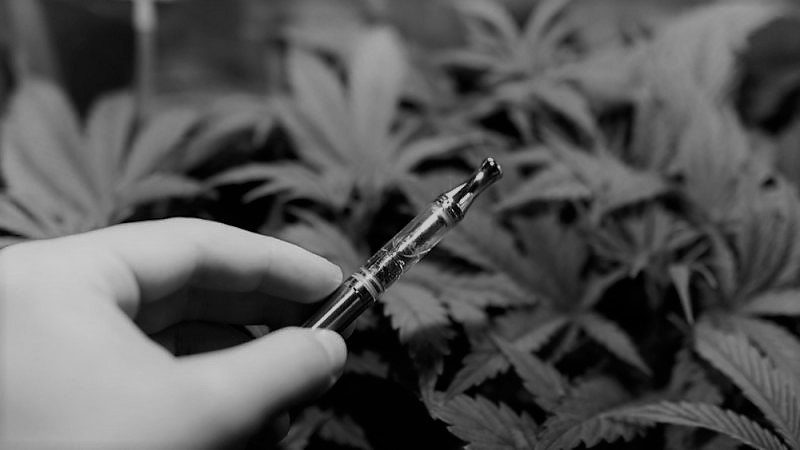 The court’s opinion could go beyond e-cigarettes, according to Sita Schubert, General Secretary of the newly-born European Medicinal Cannabis Association (EUMCA), because “it clearly underlines that there shall be an alignment for introducing CBD products to the market.”

“For instance, limit values could be established to define whether a product is a consumer good or target at patients, a system used for other products such vitamins, which become pharmaceuticals beyond a certain threshold.”

Prohibiting imports of cannabidiol oil (CBD) from other member states is contrary to EU law since there is no scientific evidence that hemp-based products have psychotropic effects, according to a non-binding opinion from the advocate general of the EU’s top court.

On 14 May, an adviser to the European Court of Justice (ECJ) said in a legal opinion that  the import of  CBD cannot be banned under the bloc’s free movement of goods.

CBD is a lighter chemical compound extracted from hemp plants but containing less than 0.2% of the active substance tetrahydrocannabinol (THC).

The legal case concerns the marketing in France of Kanavape, an e-cigarette using CBD oil imported from the Czech Republic, where organic hemp plants were processed.

Manufacturers of Kanavape’s cartridges were convicted of drug charges and sentenced to 18 months in jail with a fine of €10,000.

In response to the French appeals court inquiry, Advocate General Evgeni Tanchev challenged the current French regulatory framework that currently forbids the marketing of products derived from the whole hemp plant, including those containing the lighter chemical compound CBD.

He argued that this general ban on hemp-derived cannabidiol imports doesn’t respect the precautionary principle, as French government has not clearly identified the harmful, in particular psychotropic, effects involved in the use of CBD oil in electronic cigarettes.

Tanchev also pointed out that CBD, unlike THC, shouldn’t be considered a narcotic drug under the French Law, an interpretation reinforced by the 1961 United Nations Single Convention on Narcotic Drugs which don’t consider CBD as such.

The European Court of Justice (ECJ), the EU’s highest court, is not bound by the opinion, but for the most part, its final rulings follow the legal adviser’s lead. The Luxembourg-based court is expected to issue its final judgement in September 2020.

The opinion represents a symbolic victory for the CBD industry, whose European market is expected to grow 400% by 2023, according to a report from Brightfield Group, a market intelligence firm.

Co-director of Kanavape Antonin Cohen said that the duration of the proceedings, which took more than 5 years, and the referral to the  EU’s top court demonstrates the lack of clarity in the current regulations and the need to provide a clear framework for the production and use of CBD in France and Europe.

According to the company’s lawyers, the confirmation of the legal opinion by the main Court will have a significant impact on the CBD industry in Europe, as it would not only require France to adapt its legislation but may also force other national regulators to re-examine existing restrictions related to hemp-derived products in light of the free movement of goods within the EU.

The mention that CBD should not be considered as narcotic drug marks another important milestone, according to ACTIVE, the pan-European trade association for cannabinoids and terpenes companies.

“In the past 5 years, CBD consumers and entrepreneurs have been treated by the French state as criminals,” ACTIVE’s executive director Laurène Tran told EURACTIV.

For her, the court’s opinion is an opportunity for the French and EU industry to continue their efforts towards the professionalisation of the sector. “We are just getting started,” she pointed out.

However, the court’s opinion could go beyond e-cigarettes, according to Sita Schubert, General Secretary of the newly-born European Medicinal Cannabis Association (EUMCA), because “it clearly underlines that there shall be an alignment for introducing CBD products to the market.”

“For instance, limit values could be established to define whether a product is a consumer good or target at patients, a system used for other products such vitamins, which become pharmaceuticals beyond a certain threshold.”

“As for medical cannabis, access to the medicinal product should be facilitated through uniformed legislation and a regulatory approach adopted at a European and country level,” she concluded.

For more information on the EUMCA (www.eumca.org) and membership, please contact:
Sita Schubert, General Secretary of the EUMCA on +32 233 90 281, info@eumca.org

The EUMCA is the first international non-profit association governed by the provisions of the Belgian Code des Sociétés et des Associations. Its membership is a multi-stakeholder network representing the interests of a wide range of organisations operating in the research and development, production and/or distribution of medical cannabis-based treatments.

The EUMCA’s mission is to improve the life and health outcomes of patients across Europe, by promoting the development of national government healthcare policies that advocate i) the ethical prescription of pharmaceutical-grade medicinal cannabis, and ii) advance patient access to treatments. It does this through: